Thanks to her reality TV shows “Million Dollar Matchmaker” on WEtv and Bravo’s “Millionaire Matchmaker,” Patti Stanger is probably one of the most instantly recognizable celebrity matchmakers. She’s the author of several dating advice books, a TV producer, and occasional actor.

She founded her exclusive dating agency in 2000, and prior to that she was the Director of Marketing & Special Events for Great Expectations, one of the largest dating services at the time.

Like many matchmakers, Stanger has been playing Cupid from early on. Her adoptive mom was a matchmaker, and Stanger told the Wall Street Journal that she made her very first match at a 7th grade dance, when she set her best friend up with a boy.

What To Expect From Patti Stanger’s Matchmaking Service

Millionaire’s Club is based in Los Angeles, but she takes on a limited number of clients from all over the country. She works with a network of affiliated matchmakers across the US and abroad, and has an international database of around 30,000 eligible singles.

As the name suggests, Stanger’s matchmaking clients are typically millionaires. Millionaire’s Club offers a free membership for non-millionaires, which consists of having a profile listed in her database.

However, you’ll have to pass her screening process, and even if you do get your profile included you will only be contacted if you seem like a good candidate for a paying client.

For paying clients, become a Millionaire’s Club client starts with filling out an online application, then talking with a member of Stanger’s matchmaking team. Stanger will also recommend any additional services she thinks you may benefit from, such as dating coaching.

Once you’ve selected a membership package and signed the 1-year contract, her team will start comparing singles in their internal database to your list of “must haves.” You’ll receive profiles of potential matches, and can let your matchmaker know who you’re interested in meeting. After each date, Stanger’s team will be available for feedback.

Like Patti Stanger, Amy Laurent also starred in her own reality dating TV show, although Miss Advised only lasted for one season. She’s also the author of a dating guide, and has been a media panelist on TV shows ranging from Mondays with Marlo to The Wendy Williams Show.

She launched her millionaire matchmaking service in 2005, in NYC. She has since expanded her operation to include an office in Los Angeles.

What To Expect From Amy Laurent’s Matchmaking Service

Amy Laurent is an exclusive matchmaker, in that she only works with 30 or so male clients at any given point in time.

Potential clients start the matchmaking process with a one hour interview, where Laurent will decide whether or not she thinks she can successfully match you with any singles from her database.

She doesn’t guarantee a specific number of matches throughout the year’s membership, which also includes an additional 12 months of ‘pause’ time.

Laurent and her team will show you profiles of women they’ve identified as compatible, and will arrange a date if both you and the potential match are interested. You’ll be introduced to women who have requested to have their profiles added to her database, or whom she’s recruited via word-of-mouth or at various events in NYC and LA.

Contract Required: Yes, 1 year with the number of matches varying per client.

She’s also an avid blogger and media panelist, and authored a book on how to get over an ex.

What To Expect From Rachel Russo’s Matchmaking Service

Potential clients start with a quick phone call, followed by a $250 consultation either in-person or via video call. The interview lasts about an hour, during which time Russo will begin to customize a matchmaking package for you.

Contracts run for 6 months, and can include up to 10 matches depending on your package. Factors affecting the final price tag include the number of singles you’d like to meet, where you live and want to date, if you’d like a longer contract time, etc.

Russo also offers a coaching program for $1,000 per month, either as a stand alone option or in addition to matchmaking services. While she’s not a licensed therapist, she does have a Master’s degree in marriage and family therapy.

Contract Required: Yes, 6 months with up to 10 matches.

Currently in it’s fourth season, you can catch Carmelia Ray in her reality dating show “Mom Vs Matchmaker” on Myx TV. You’ll find Ray’s dating advice featured in media outlets like Variety and The Hollywood Reporter, and she’s hosted webinars for Match.com.

She also has over 20 years experience as a matchmaker and dating coach, and has served as an advisor to a handful of online dating sites and apps.

Ray launched her own exclusive matchmaking service in 2008, which is headquartered in Toronto. She helps singles in the US as well via a network of matchmakers across North America.

What To Expect From Carmelia Ray’s Matchmaking Service

This Toronto matchmaker wears a lot of hats, which is likely why she limits her active client roster to just a handful of singles at a time. The process starts with an interview either in-person or via video chat.

If Ray doesn’t feel like she can help you, she’ll refer you to a matchmaking service that’s in network. You also have the option to join her database of singles for free, provided you pass the screening process.

Whether you join the singles database or come on as a paying client and sign a contract, Ray’s matchmaking team will create a profile for you. If you purchase matchmaking services, you’ll be presented with profiles from other singles in the database who seem to match your criteria.

Whenever there is mutual interest in meeting, it’s considered a match and her team will arrange the date.

Alessandra Conti, Matchmakers In The City

Alessandra Conti started Matchmakers In The City with her sister, Cristina Conti Pineda, in 2012, and she’s also a matchmaker on MTV’s “Are You The One.” A frequent media contributor, she’s been featured on outlets such as Elite Daily, Bravo and Fox News.

Matchmakers In The City is headquartered in Beverly Hills, with affiliated matchmakers in Washington DC, New York City and San Francisco as well.

What To Expect From Alessandra Conti’s Matchmaking Service

Joining Conti’s database of matchable singles costs $100, or you can purchase a matchmaking membership. The price varies, depending on where you want to date, how many introductions you want over what period of time, etc.

If you’re only interested in paying the one-time fee to join the database, you’ll only be contacted in the event Conti matches you with a paying client.

Paying clients, on the other hand, can expect traditional matchmaking services. After signing the contract and having an in-depth interview with your matchmaking, you’ll be meeting singles pulled from their internal database.

Date details are arranged, and afterwards you can check back in with the matchmaking staff to let them know how it went, and how they can potentially improve the quality of the next match.

With over 30 movie and TV credits on her resume, it wouldn’t be surprising if Simona Fusco looks a little familiar. She’s also an occasional model, and is no stranger to making media appearances.

She runs her elite dating agency from its Beverly Hills, California headquarters, and works with singles who are willing to hop on a plane in search of their perfect match.

What To Expect From Simona Fusco’s Matchmaking Service

Women don’t have to purchase matchmaking services – they can join as an Affiliate instead. That means having a profile in the database, but no guarantees of ever being introduced to any of Fusco’s male clients.

Otherwise, potential Perfect 12 clients start by paying $2,500 for an initial consultation, during which the matchmaking service’s 3 levels of membership are discussed. The final price varies for each client, however, as much depends on how many women you’d like to meet, and how far you’re willing to travel to meet them.

Other elite matchmaking services on par with Perfect 12 charge anywhere from $30,000 to well north of $250,000 so your membership cost will likely be in that ballpark.

Once the contract is final, Fusco’s team will get to work finding compatible Affiliates in their database of 200,000+.

Like the rest of the celebrity matchmakers on this list, Scott Valdez is no stranger to media appearances. He and VIDA have been featured on major media outlets like Vice News, BBC, CNN and Fox News, and profiled in magazines like GQ. Valdez is also a frequent media contributor and author of several dating advice eBooks.

Valdez launched his exclusive dating service in 2009, and while it is headquartered in the US, he helps high-quality singles all over the world find equally high-quality partners.

What To Expect From Scott Valdez’s Matchmaking Service

VIDA is a unique combination of modern and traditional matchmaking, which makes it so appealing to busy executives, entrepreneurs, and other professionals.

VIDA’s matchmaking process starts with a phone call, or you can fill out a short contact form online. Once you’ve passed the screening process, you’ll have a more in-depth conversation to see which of the monthly membership packages are the best fit.

You’ll find many celebrity matchmakers need 6 months or a year to find compatible singles for you, and require clients to both sign a contract and pay the entire matchmaking service cost up front.

But not VIDA. Valdez is so confident in his matchmakers’ ability to find incredible, “relationship material” singles that you won’t have to sign a long-term contract – and you pay monthly! If you want the freedom to stop service at any time you’d like, for whatever reason, this is the matchmaking service for you.

VIDA’s matchmakers aren’t limited to a finite database, although as a client you may be introduced to other paying clients whenever there is mutual interest. Your matchmaker will also use proprietary technology to carefully select eligible singles near you, and forward a full profile, including photos, to you for consideration.

If they don’t meet every one of your criteria – simply decline the match and check out the next one! No compromising, no frustrating first dates – just the chance to meet incredible people and see if there’s chemistry.

Want to learn more about how it all works? Click here!

Contract Required: No, pay-as-you-go each month for unlimited matches.

All product and company names are trademarks™ or registered® trademarks of their respective holders. Use of them does not imply any affiliation with or endorsement by them. 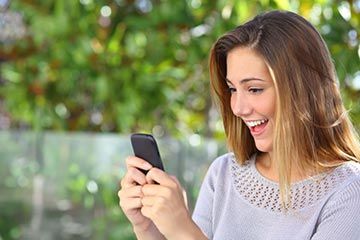 VIDA is your very own team of experts who set up high-quality dates for you so you can finally meet your ideal woman. Say goodbye to the hassle and frustration of online dating - we'll craft an irresistible dating profile, send engaging messages, and even book your dates for you. Thousands of guys have already made lasting connections with beautiful women, and we're ready to make you our next success story. All you need to do is schedule your free confidential consultation with us now.